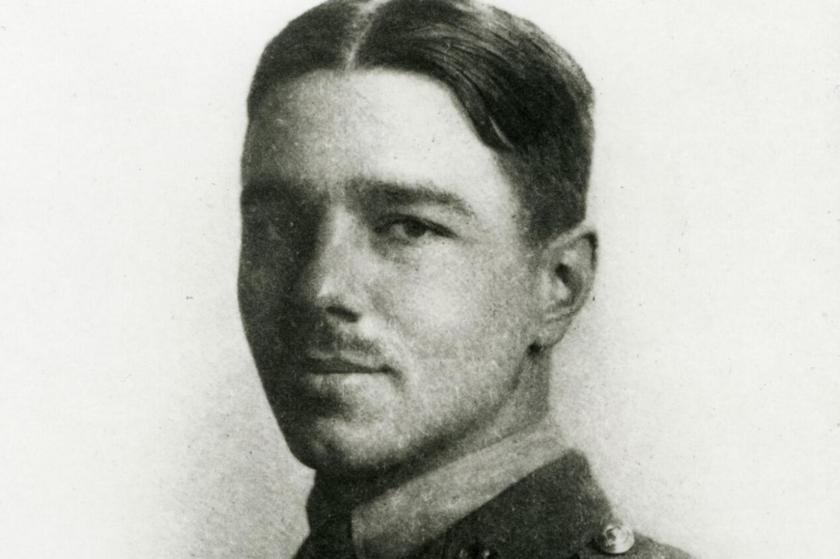 I’m still reading poetry from WWI, specifically from the poets who died in the fighting. Among them is Wilfred Owen, probably now the most-read of the war poets. He wrote about the horrors of the trenches and the futility of the war. He was killed Nov. 4, 1918, just seven days before the Armistice that ended the war. He was 25.

I’ve read and read aloud … and realized from the docudrama “Anthem for Doomed Youth: The War Poets” (Britbox) that there’s a huge difference between my little voice and a man’s bigger, deeper voice.

Here is “Anthem for Doomed Youth” by Wilfred Owen, though his more popular work is “Dulce Et Decorum Est.” This is my favorite line from “Anthem.”