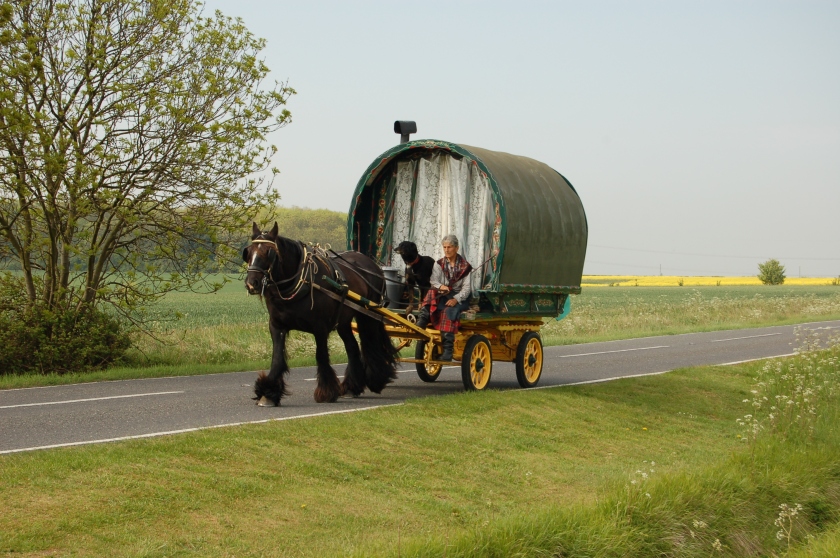 I finished “That Gypsy Thing” on Jan. 1. Met my deadline. I wrote the entire first draft in 3-1/2 months. Now I’m letting it simmer until about April, or whenever the urge to rewrite becomes too great.

I badly need a title. “The Gypsy Thing” is partly a shorthand for the project and partly a joke for my critique group. I wrote an entire novella once that never got any more of a title than “Egypt” and was often known as “That Egypt Thing.”

The characters are not even called Gypsies. They prefer to be called the Romani (rhymes with Mitt), in real life as well as in fiction. Gypsy” comes from the assumption that they originated in Egypt, when, in fact, their ancestors were from India. I have a lot of research on the Romani people, as you can imagine. Interesting websites: